I haven’t given up blogging guys! The last couple of months have been filled with a new endeavor as a dog fosterer. After my Henry’s untimely passing in May, I was overcome in sadness, spent many days crying unable to do much. Truth be told, I was operating on survive button. During this period, I wanted to be alone in my sorrow, not the mood for much except for going to the gym and work. Losing a pet after 11 years was like experiencing a family death. In July and August I was away in England and after my return, I started to look into being a dog fosterer. A part of me had this enormous need to help and channel my sadness this way.

Things work out in strange ways, in the middle of the summer I met a lovely blogger named Melissa and it was her who led me to Louie’s Legacy, a non-profit and no kill animal rescue based in Cincinnati and Staten Island, New York. I looked into different local rescues and Louie’s gave me such a good vibe, it was a perfect match. My husband and I had a talk about me being a foster, and he was on board with the idea, as long as the dogs were kid friendly, we are in.

Late August, I took Dom in, he is a Terrier Schnauzer mix. Dom was rescued from a TN shelter and transported to New York. Poor little guy was scared, not house trained and deathly afraid of my husband the first days, he barked and refused to eat. I took every effort possible to give Dom a safe haven and slowly start breaking him into a normal, loving living space. Luckily, Dom liked my two kids and very gradually opened up more. With my husband, it was a different story and I knew I had my work cut out. Dom still growls around strangers and is learning how to be around other animals thanks to training classes and a lot of patience. Most rescues come from dire cases and are on death row for the most part, if not adopted or taken from a shelter. This is why we foster them.

Two weeks later, Chamomile and Penn arrived, they came in from another rescue transport on a Saturday at 6am. As crazy as it may sound, I was excited to have a dog pack in the house. Boy was I in for a real adventure! Chamomile was a five year old Basset female and Penn is a mix hound/ Beagle who acts, looks and behaves like a pup even though his papers say he is four years old. Each one of these dogs came with a different personality but for the most part, Dom and Penn play with each other well, they walk together every morning (I take them separately the rest of the day). Having three (rescue) dogs at home is a massive commitment. I had to learn to figure out how to walk them, feed, give their medicines as needed and make sure there was no conflict especially for my family. The first weeks, I limited the time I was out to monitor the dogs and get them in a routine. Separation anxiety is a big thing for rescues, and this takes a lot of work much like leash walking and house training.

It’s been over two months and I am happy to report that Chamomile got adopted by a lovely family, who fell in love with her from the moment they met. Penn is still with us, he is the most lovable dog and has just completed his house training (yay). As for Dom, he is my foster fail miracle, I adopted him officially in September. Dom is also fully house trained and together we are doing a Puppy Training Class at Petsmart. For the last several weekends, I’ve been attending events with the dogs and mostly being a foster/ new mom to these angels.

Some words of wisdom if you are considering being a dog or cat fosterer:
– Fostering saves lives
– Introduce your pets slowly
– Get your living space ready
– It will make you happy
– Your patience will be tested a lot
– Fostering heals an animal in stages
– Online shopping at Chewy and Amazon are your best friend

I am happy to answer any questions regarding dog fostering. As you can see, I’ve been busy with this new love project, along with my family, makeup career, and social media. To me, fostering is a bridge that connects, heals and brings an animal to a real chance at having a home. Louie’s Legacy has a fundraiser happening, Paws of Gotham a lovely calendar, check it out by clicking on the image below. 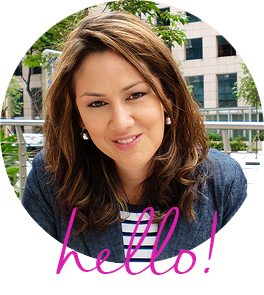